“We are living in an era in which people are finding their own autonomy and their own agency and they want to express that. We are not content anymore to hand all of that over to someone else. It doesn’t have to mean separation for others or selfishness. Sometimes people interpret that to mean i want this for myself. With the tools we have now it could mean i want this for everyone. We should all be able to co-create this space rather than be leaving it to any one small group of people. And then there is the planetary thing? What are we doing today that has direct effect on the planet. Again people think if its local or community driven then it has no relationship to the planet but in fact that’s completely the opposite, it’s from your felt place where you are that you can make decisions upon that directly affect the planet.” Indra Adnan

POLITICS IS BROKEN. IT’S TIME FOR THE ALTERNATIVE

How can we create together a political system that supports human and planetary flourishing right in the face of our possible extinction?

In this episode Amisha Ghadiali meets psychotherapist and consultant Indra Adnan. Indra is co-initiator of The Alternative UK. Only 2% of people in the UK are members of political parties and The Alternative are working to reorient political power from within the 98%.

Indra is committed to exploring politics ‘with a small p’ – the world of sociopolitical culture and action outside the bubble of party politics. The alternative provides a platform to raise awareness about and provide connectivity between people who are creating value within communities particularly innovating for the environment, with a daily blog highlighting new initiatives of active citizenship.

Indra’s work is inspired by the Danish political party Alternativet, where she has witnessed new behaviours, structures and ways of connecting that create more vibrant, engaged and humourous, collective of political citizens than she had ever seen in her political career.

The Alternative is built around six core values: courage, generosity, humility, transparency, empathy and humour. Indra explains how and why each of these values is essential to a politics that serves, rather than seeks to lead, the people.

Together Indra and Amisha speak about how to cultivate resilience in the communities where we live, getting to know our neighbours and bringing our skills to the frontlines of our local area where they are needed.  And why we must resist the urge to isolate ourselves in escapist bubble communities that perpetuate the growing societal divide.

We hear about the era of soft power: how both Mumsnet and ISIS rose to influence through the power of story, how a hashtag can change people’s lives and why women and all who carry the energy and skills of the feminine must now step forward into the public space as a matter of urgency.

“Women being in the public space will be the key to bringing it back into relationship with itself so that the ingenuity and capability of humans will become more active in engaging with the problems we face – its very important that is allowed to happen. For me it is going slowly so maybe women need to work together and encourage each other more to bring this era about. It has been hard to champion the feminine in an overly masculine space – some women have adapted and been able to make an intervention but it’s rare to be able to bring the feminine with them. They have seeded the way and now women are able to bring the feminine into these public spaces.” ~ Indra Adnan

Indra Adnan is Co-Initiator of The Alternative UK – part of a global network of political platforms originating with Alternativet in Denmark. Her commitment is to grassroots politics that release the power of people and communities in ways that sustain the planet. She is concurrently a journalist (The Guardian, Huffington Post), a psychotherapist (Human Givens Institute), founder of the Soft Power Network (consulting to Finnish, Brazilian, Danish and British governments), Buddhist, Futurist, School Governor and Mother. Recent publications include Is The Party Over? and New Times, and e-book Soft Power Agenda.

To find out more about Indra, visit www.thealternative.org.uk 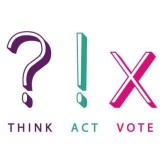 E41 – Stephen Reid on Psychedelics, Extinction Rebellion and Metamodernism // Reconnecting with nature in these urgent times
E39 – Manish Jain on Unschooling, Gift Culture and Deep Localisation // Freedom from the shackles of education